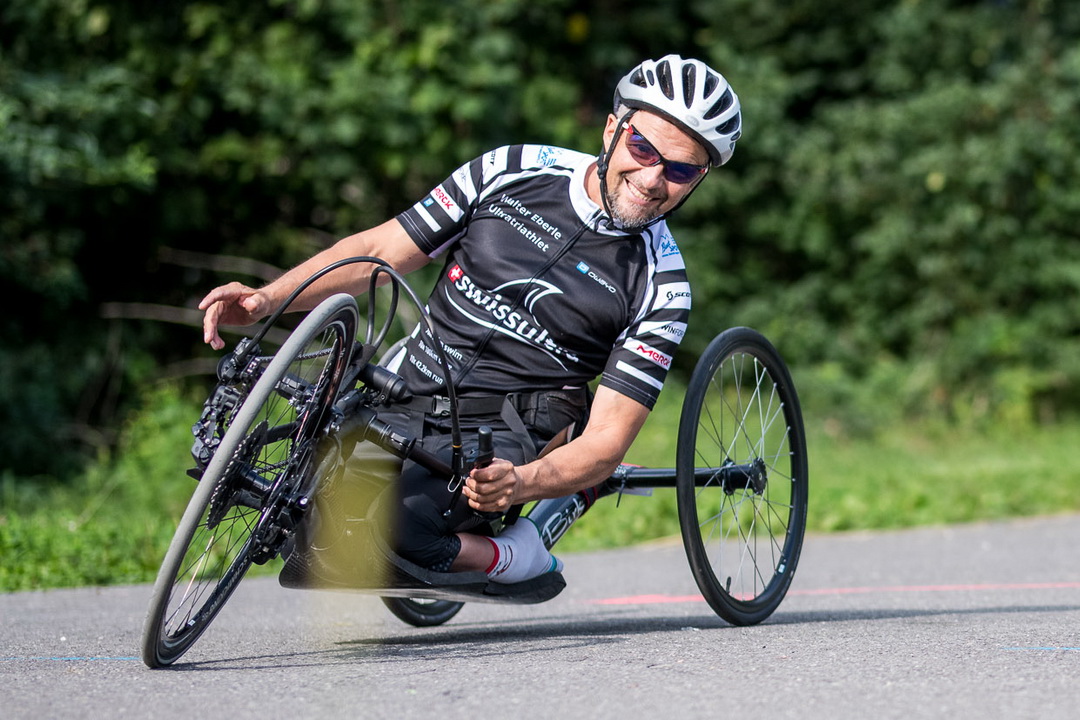 Walter Eberle on the bike track

Text and Photos by Katrin Meier

Twenty days in a row the triathletes have completed their laps in Buchs. Every day the same disciplines were on the agenda: The morning began with 3.8 kilometers of swimming in the outdoor pool, followed by 180 kilometers of cycling in a 9-kilometer loop, and finally the athletes had to run a marathon. This for five, ten or even 20 days in a row. Of a total of 29 registered athletes, only 18 just crossed the finish line.

Daniel Meier was the only Swiss participant in the Double Deca. He is the only ultra triathlete in the world to have successfully completed this distance for the third time; once he even completed 21 long distances in a row. With a total time of 264:51:29 hours, Meier beat his previous Swiss record from 2016 (275:29:54h) by more than ten hours. "The first seven days were really tough," says the 46-year-old. However, he deliberately started slowly: "I'm glad that I managed to concentrate on my race and not let myself be influenced by the pace of my competitors. My experience taught me to listen to my body and take good care of it. After the first third of the race I was even able to increase my pace." 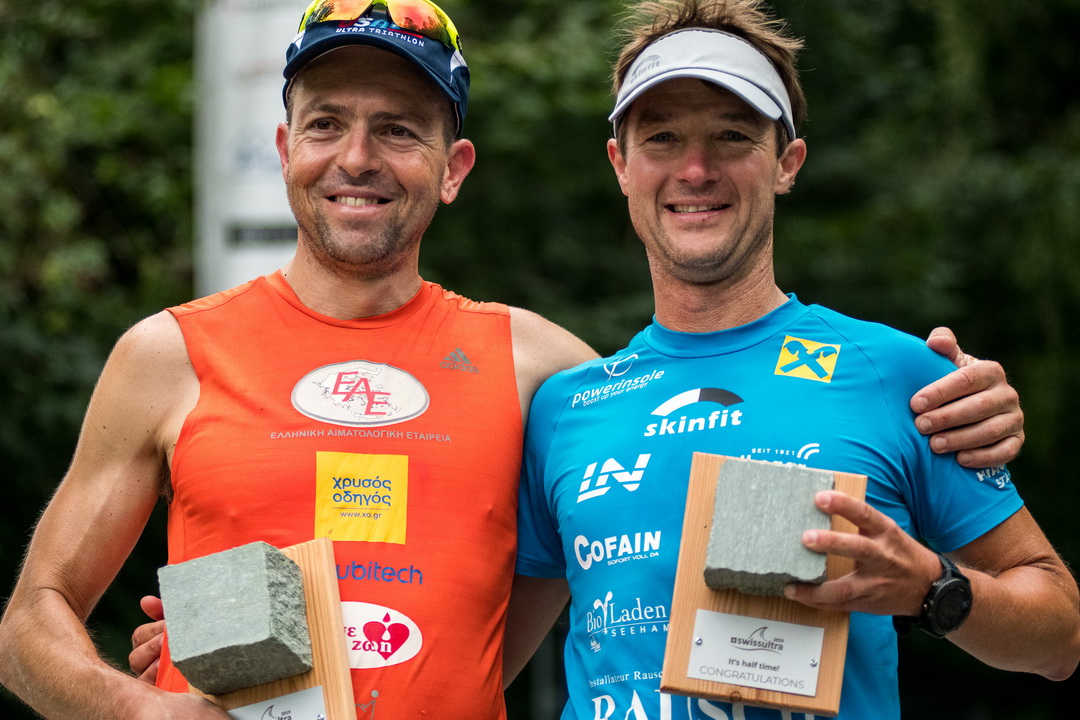 A total of six athletes were able to finish the Double Deca. Five more had to give up. There are only 10 Double Deca finishers from 4 races worldwide; all of them completed the competition in Switzerland. The last edition of the Double Deca also took place in Buchs in 2016. The world record set three years ago has now been broken: With a total time of 241:46:45 hours the Austrian Norbert Lüftenegger won sovereignly and beat the previous record of the Brit David Clamp (252:21:16h) by more than ten hours.

Eva Hürlimann from Switzerland set a second world record at the Deca Ultratriathlon. The 36-year-old needed an average of almost 14 hours per day, a total of 138:21:02 hours. Thus Hürlimann beat the previous world record of the Austrian ultra triathlete Alexandra Meixner (149:40:08h) set in 2014 by more than eleven hours. The wheelchair athlete 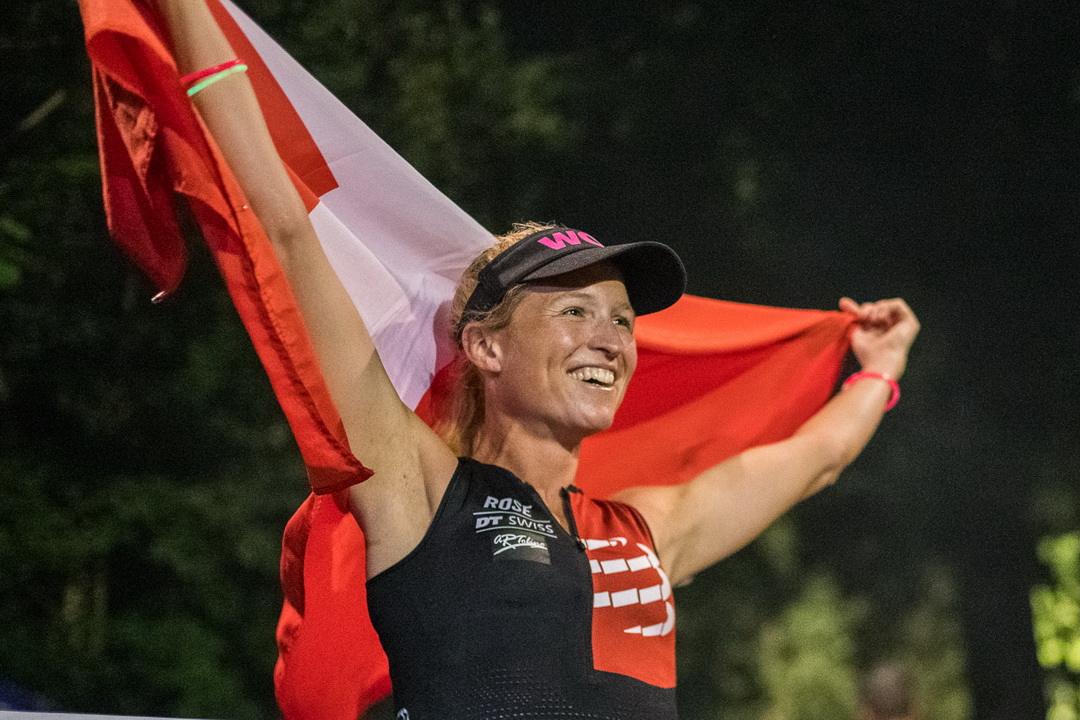 Walter Eberle has also achieved an exceptional performance: He successfully completed the Deca Ultratriathlon and therefore doubled his own Quintuple record of 2017. He was the first handicapped athlete ever to manage ten long distances at a time. He swam alone with the power of his arms, rode the 180 bike kilometres with a handbike and completed the marathon distance with a racing wheelchair. Eberle needed a total of 137 hours (137:03:24h). "I’m very happy", Eberle said after the finish, surrounded by numerous ultra triathletes, fans and friends from the wheelchair sport. "My goal was to finish at least six days and break my own record. Every additional day was a success for me," says the 57-year-old. "Fortunately, I had no major complaints and am now very happy that I actually finished all ten days."

The Swissultra organizers are satisfied with the race: "Fortunately we didn't have any accidents or interruptions," says Jeff Lüscher, President of the Organising Committee. The six members of the organizing team worked up to 20 hours a day, supported by numerous volunteers. "Three weeks of competition are an intensive time for all participants, supervisors and helpers - but the emotions at the finish-line on the last day compensate for all the stress and strains." The emotions were also visible at the award ceremony on Sunday, where not only the athletes but also the personal supporters were honoured.