The Canadian Jean Pierre Morin is known to most of you as IUTA president, but he was also an ultra triathlete with eleven successful participations and he organized the "Double" in his hometown Levis. We talked to him about the beginnings of the IUTA until the last election and his "ultra" experiences in more than 20 years. 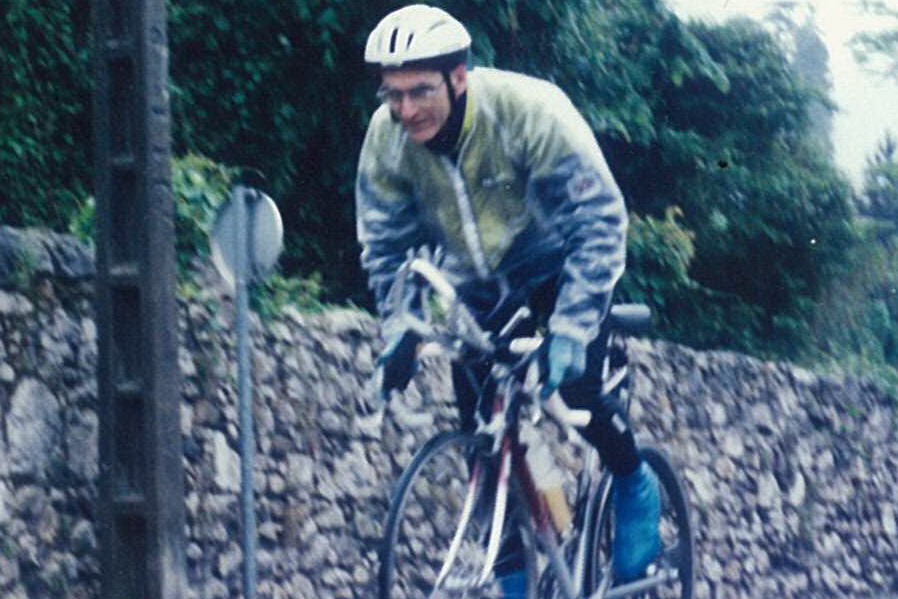 You finished the job as member of the IUTA board at the end of last year. How long did you work for the IUTA and in which functions?
My first contact with the IUTA committee took place in Lithuania in 1996, after the race. Mr. Jorge Luis Andonie, who was president at the time, asked interested athletes to do an evaluation of the race. I joined Beat Knechtle, Jorge and two other athletes to exchange our ideas. During the next winter Jorge asked me if I could help the committee and I accepted to be a part as secretary. At the elections end of 2004 I remained secretary and treasurer with Pascal Pich (president) and Yves Beauchamp from 2005 to 2008. At this time the IUTA was registered in France.

After our four years the "2008-election" brought Michael Gärtner to the presidency. Together with Yves Beauchamp, Emmanuel Conraux, Harn wei Kua, Zsolt Tamas and Steve Kirby he held the reins of the association. During their period I worked as treasurer in the background again since nobody wanted to take the responsibility for that. We registered the NPO in Canada in 2011.

At the end of 2012 another election took place and Ghislain Marechal was elected as president along with many others but he asked me to keep the treasurer. Ghislain and the entire committee resignated at the end of 2014. Without hesitation, I took the responsibility as IUTA president right away. Harn wei Kua and Leslie Holton were the only athletes who wanted to do the job at the board next to me at this time – a hard time. Until the end of December 2018, we have done our best to maintain the association and continue to improve Ultra Triathlon.

Was it difficult to say "That was it!" after such a long time working at the IUTA committee at the end of 2018?
I hesitated until the last minute to put my name on the list for the election of a new committee but when I recognized the candidates’ qualifications and goals I understood that I could go with a clear conscience. I’m sure the new committee have the qualities to do a great job and I can see a great future for our Ultra Triathlon.

Do you remember at the beginnings of the IUTA? Who founded the association and why?
As far as I can remember the IUTA was founded by Jorge Luis Andonie who organized the Deca in Mexico at that time. I remember Beat Knechtle and Peter Eggenberger, who were on the committee as well as Patrizia Knechtle. I also remember that Guy Rossi was involved to develop the IUTA rules and the first IUTA world cup point system.

What was the reason for you to work at the board?
I enjoyed involving myself to push our sport forward, to make our achievements and records known in the world. Another important point was to dispel all doubts that "ultra triathletes" are doped. At that time, many people thought that these exceptional performances were not possible without doping.

What is the biggest difference between the start of the IUTA and today?
The biggest one is undoubtedly the multitude of events and ultra triathletes. The difference between continuous races and per day races is also an interesting progress that allows many people to distinguish themselves.

Another significant difference is that the number of participations has more than doubled in the last 15 years. I remember that we had 88 athletes including twelve women in 2002. 2018 we had 175 men and 39 women participating in IUTA races.

In your opinion, in which direction should the association develop in the future?
If we want to attract new people we should promote the double- and triple-distance; we will not attract new people with Deca Triathlons or longer races. The step from a normal long distance triathlon to more than a "Triple" is too big.

Another pioneering point is to establish a team ranking by nations. During the "Double" in Panevezys, two years ago, the organizer suggested to present a championship by countries where three athletes of the same country have to do two different parts of an Ultra Triathlon. This gives the "Ironman people" the opportunity to participate in our races, to gain experiences and maybe to join a "Double" later.

Thematic change
When did you hear or read the first time about ultra triathlon?
The first time I heard about the ultra triathlon in a local radio report on Maurice Beauséjour who tried to do the "Triple" in France and curiously I meet this guy on a podium after the Ironman in Montreal. After a long discussion I contacted the organization of the World Endurance Challenge at Fontanil in France, to register for the following year. All that was in 1994.

When and where did you participate in your first ultra triathlon and what did you do before?
My first ultra triathlon was the "Triple" in Fontanil, France, 1995 and it was the most difficult race in which I’ve ever participated. We were 46 athletes at the start and only 20 at the finish line. This period in May is called the "Ice Saints", which means the winter comes back. After leaving the pool the rain began and stopped only 48 hours later. At night, the rain turned to snow. These extremely difficult conditions allowed me to discover a world of camaraderie and mutual help. I remember Didier Wolozyn, who supplied me with food and clothing, or other athletes like Kinuko Tanabe, who smiled again and again on the entire racetrack, encouraging all participants to persevere.

The years before at the college, like any other Canadian, I was an ice hockey player in the winter and in the summer I played softball. I switched to badminton and volleyball and met there a guy who was runner. He invited me to participate in a half marathon and from then on I became a marathon runner. In 1987, at the age of 40, I reached my goal of running a marathon under 2h 55 min.

At that time I first heard about triathlon. My little handicap was that I could not swim and so I learned this the following winter and did my first triathlon in June 1988. From the Olympic distance to an Ironman triathlon and finally with ultra triathlons I did five "Triple", six "Double", and seven "Single".

Thematic change
What many people don’t know: You’ve organized the Double in your hometown Levis? What was the trigger?
Our idea was to promote (ultra) triathlon and get more attention for our local triathlon club (Tri-Action). That's why we organized our first Double Ultra Triathlon.

How long has the event been held and why does the Double no longer exists today?
The Ultra Triathlon Levis existed from 2000 to 2008 and during this period we presented two world championships. Due to low resonance for the "Double" we had to offer more disciplines: Double Team, Long Distance Duathlon, 100K, Olympic Triathlon etc. All this took place on the same weekend with almost 800 athletes, for which we needed a very large number of volunteers. Our course was partly on the road and on a bike path and we had to close some roads for much of the weekend. The residents disliked this and it is the main reason why we had to stop our activities. Today, the Club Tri-Action organizes only a run over 10 km, which takes place on the bike path.

Which situation(s) do you have in special memory?
As a committee member the long hours of exchanges with some athletes were not always easy. My biggest disappointment was that I was unable to convince more "Ironman athletes" to attend our (team) events to do the step to an ultra triathlon.

As organizer two world championships in our city were very satisfactory.

As an athlete, I like to remember when I finished my first "Triple" under very difficult circumstances. It fills me to this day with pride and satisfaction. The best event I participated was the "Double" in Panevezys in 1996. During the race, an unusually large crowd came and supported all the athletes enthusiastically. The organization was impeccable and the volunteers went to work with incredible dedication. The show before the race was very original and the award ceremony was impressive because of the huge number of spectators.

The IUTA community bows before one of the great ones of our sport. For his achievements and his extraordinary commitment on and beside the race track, IUTA appoints him honorary president. Thank you, Jean Pierre Morin!